During the last week in July, Sustainable Salons Australia was presented with an incredible opportunity to organize The Shave Off at Liverpool Hospital- you may have even caught the live video we posted to our facebook page. Our co-founder Paul Frasca was the individual who cut off Liverpool radiologist Mark Udovitch's long locks that day! We were able to collect a large number of donated ponytails on the day of the event, which always leaves us feeling thrilled and accomplished. 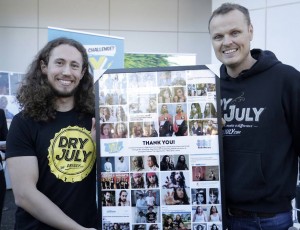 Prior to undergoing 'the big chop', Mark managed to pull of an incredible number of 'celebrity impersonations' recreating famous hairstyles throughout the decades. 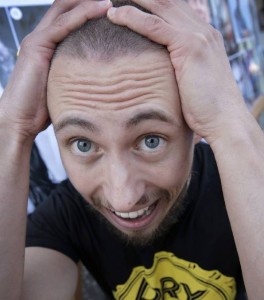 So far the Worldwide campaign has raised over $3 million dollars as well as attracting plenty of support from A-list celebrities. $1292.80 was raised at the Dry July Shave Off event at Liverpool Hospital. The Liverpool Cancer Therapy Centre Rad Oncology Team is currently the top fundraising team in the country having raised more than $35,000! 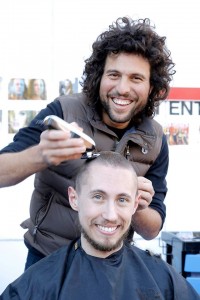 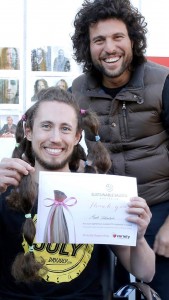 Images provided by: The Liverpool Champion